Planting a vegetable garden is a rewarding project that can yield a bounty of fresh produce to enjoy throughout the summer months.

Choose a sunny location and prepare the soil – taking the time to do this will ensure the best results. Start by turning the soil and removing any weeds and large stones from the plot you choose to prepare.

Most vegetable gardens – and flower beds – will benefit from adding organic matter to the soil, regardless of its current condition. Given that we are in New England most soils will be of relatively poor quality, either rocky, sandy, acidic or some combination thereof. Tilling in cow manure, compost and/or peat moss along with line can help correct these issues and improve the soil for planting.

This can be done in either fall or spring. If you do this earlier in the year during the spring months remember that any lime added to the soil will often require time to take effect and react, so using faster acting limes is often recommended for this time period. Be sure that any manures and composts used are well decomposed for best results – any that are not may be counterproductive as they release acids into the soil and deplete it of nitrogen when they break down. However, this can be somewhat addressed with nitrogen rich fertilizers while composting.

On that note, adding fertilizers to the soil is generally the final step in preparing it. Either organic fertilizers or regular products such as 10-10-10 or 5-10-5 may be used. I prefer organics which tend to release their nutrients into the soil over time rather than all at once, but both they and chemical fertilizers will provide the proper nutrition that plants will need to grow well. After your crops or flower beds are a bit better established they can be supplemented using liquid fertilizers that are generally applied directly to the plant itself rather than the soil. Unlike those fertilizers that target the soil liquid products work best during the warmer months when plants are rapidly growing.

If prepared crop plots or garden beds are unavailable or inconvenient large pots or planters can provide a suitable substitute for planting, especially if space is a concern. In such cases potting soil should primarily be used, mixed in with compost and fertilizers.

You can now start planting your garden, choosing from either fresh seeds of small starter plants already growing.

In the following paragraphs I will detail what vegetables should be started from seeds indoors and which can be sown directly into the garden, the best seasons to grow certain crops and which are also available as starter plants.

In March or early April (providing the weather allows for it, meaning the ground has thawed and there is no longer snow), the best vegetables to plant directly as seeds are; Peas, lettuce, spinach, radishes, cabbage, broccoli, cauliflower, carrots, parsnips, parsley, beets, kohirabi, turnips, Swiss chard and onions. Most of these are also available as starter plants as well, but peas, carrots, radishes and parsnips should be seeded into the soil directly rather than transplanted. The other vegetables listed can be seeded indoors or outdoors. Onions often also come in sets (mini bulbs) for planting directly into the soil.

The following warm season crops like tomatoes can be started indoors and transplanted into the garden later.

Starting in March or early April, tomatoes, peppers and eggplant should be started indoors as they germinate slowly and take time to grow, leaving them vulnerable to the cold.

Other crops that can be started indoors during April or as late as May or June (directly in the garden during these months) include cucumbers, all squash varieties, pumpkins, beans and corn. Most of these plants germinate quickly. Read the seed packets for specific seeding requirements and instructions. Remember, starter plants are also often available for most warm season crops if you don’t want to start plants from seeds for most of the above vegetables.

The information above cannot be reproduced without written consent from Robert Jacobson, Grove Garden Center 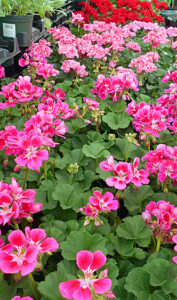 Grove Garden Center Nursery Located in Clinton, Connecticut has a very knowledgeable, experienced, and customer friendly staff to assist you with any gardening question you may have pertaining to Perennial, Annuals, Shrubs or Trees. Stop in and browse through our showrooms, greenhouses, and nursery yard to select unique and colorful products. We look forward to your visit. Fifty plus years of service to the area 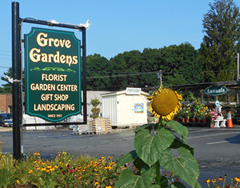